4 thoughts on “Victorian Reviews of Jekyll and Hyde: Observations and Reflections” 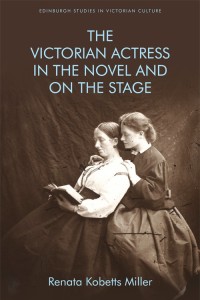 “Middlemarch and the Limits of Interdisciplinarity.”  Victorian Culture and the Origin of Disciplines.  Ed. Bernard Lightman and Bennett Zon.  London and New York: Routledge Press, 2019.  262-282.

Lunchtime Lecture on the Victorian Actress in the Novel and on the Stage, on March 11 at the Victoria and Albert Museum, London, UK

I was honored to be part of a great line-up of scholars promoting the value of humanities research in #HumanitiesInFive at MLA2019. You can view the video here